In 1979 scientist Eric Spurr warned that wide scale poisoning of New Zealand with compound 1080, intended to kill introduced mammals, was actually killing kea and many other animals. It took decades before NZ’s Department of Conservation (DoC) finally began to monitor kea deaths from 1080 poisoning.

Now, using DoC’s own data, we can estimate that each poisoning operation will kill an average 12% of kea. During the most horrific example DoC managed to kill 78% of the tracked kea population (7 of 9 kea monitored at North Okarito). Last month, in the Matukituki Valley, 50% of DoC’s monitored kea died after a 1080 drop.

Disturbingly, two myths have again been rolled out in an attempt to soothe public anger over the destruction of these now rare, iconic birds.

Myth 1. Kea are only likely to eat baits if people have conditioned them through providing food previously. DoC’s own research shows that this is not true. 9% of monitored kea (2/22) died at Kahurangi, a site chosen by DoC precisely because of its remoteness.

The fallacy of this claim is clear to anyone with experience of kea. They are curious to examine and pull anything new apart – as motorists will often attest after even the briefest of encounters with these inquisitive creatures. Scientists consider that this trait is likely an adaptation to living in a harsh environment, where food can be very hard to find, especially in winter (when 50% or more of kea juveniles are likely to die of starvation). Before the advent of DoC, helicopters and a toxin designed to kill everything from microbes to mammals, a willingness to try a new food source undoubtedly played a key role in the birds’ survival.

Myth 2. Kea nests need protection from stoats and 1080 poison provides that protection. Two studies have shown that the presence of stoats does not bother kea (in 1969, then again in 1999). Even if stoats were a problem for kea, 1080 would not fix the situation, quite the reverse. Scientists found that stoats became more likely to eat birds after 1080 drops. Why? Because rats, a primary source of food for the stoats, have been almost wiped out.

Mice do not usually eat 1080 baits so, in the absence of hungry rats, their numbers boom in the aftermath of a 1080 drop – a fact easily established by a review of the literature. Rat numbers, usually low immediately after 1080 operations, rebound strongly within months – often peaking at figures far higher than were present pre-drop. The population booms of mice and rats that are caused by 1080 drops are never highlighted by DoC, although they are easily seen in many studies. Those booms are likely to fuel stoat plagues as a new generation of mustelids arrives to find a larder overflowing with rodents.

Journalist Dave Hansford last year made the dubious claim that because of the “benefit” of 1080 to kea breeding, up to 22% of kea could die before there would be a net loss (Spinoff, August 2019). A 50% death rate would surely be tragic then, even to a journalist with an extreme pro-1080 bias!

Nature lovers should be very concerned because the monitoring of kea throughout 1080 drops is unique. No other native species: microbe, plant, insect or bird has been given even a tiny fraction of the attention or resources that have been used to monitor kea. 1080 is broad spectrum, highly toxic, spreads rapidly, travels up food chains, binds to cellulose and has extreme, unexpected effects. What is happening to everything else that lives in our forests, wetlands, grasslands and mountain tarns?

1080 poison may have a dual function for DoC. Not only does it attract an enormous amount of government funding, its use may help divert concern away from other ways in which vital habitat is being lost through poor management and financial interests. Examples are DoC’s approving high quotas for tourist helicopter flights (80 per day were planned for the remote Darran mountains) and the continued mining of conservation land (despite government promises to curb it).

The public needs to wake up to the fact there is no “science” behind DoC’s aerial poisoning. Mast-driven rodent plagues, often used to justify aerial poisoning, have been around since the time of the kiore. They are part of a general, short term increase in productivity including bird breeding. Effects are not something DoC needs to try to control with aerial poison, it should follow the evidence and stop blindly interfering in a process that it is simply not equipped to control.

Healthy populations of native birds, such as mohua and kakariki, lived in many places around the South Island until DoC started “helping” them by interfering with nests and trapping out the main rat predator (stoats). Rat numbers escalated, bird numbers plummeted, then broad spectrum 1080 poison was applied.

DoC’s science-less management shows a complete lack of respect for NZ’s ecological heritage and the legal mandate it holds to conserve it. Kea, much loved and admired, seem destined for the same fate as other species that have suffered from DoC’s “helping hand”. DoC needs to leave them and everything else alone, now. 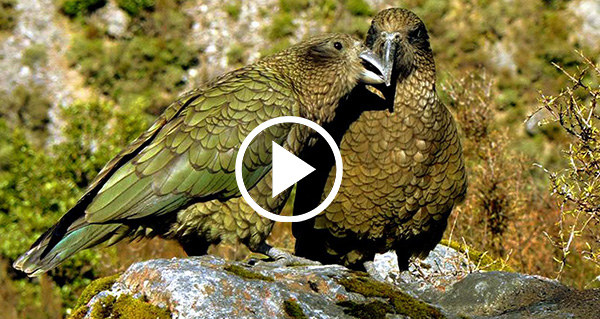 Kea are one of the most endangered parrots on Earth. The New Zealand Govt agency – Department of Conservation – continues to aerially drop poisonous food directly into kea habitat to kill rats, possums and deer … but it’s not just rats and deer that are dying … 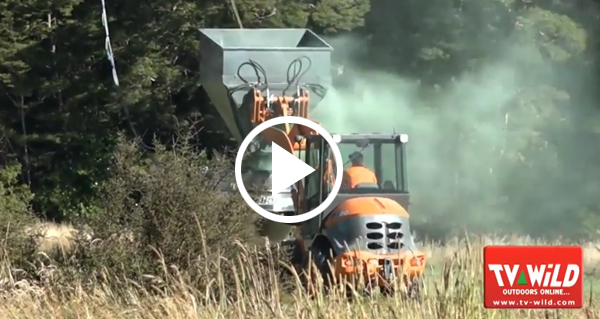 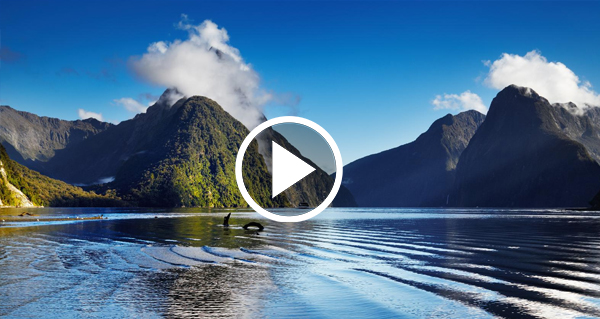 This New Zealand film has won 4 international environmental awards – but here in NZ, TV channels refuse to play it. Why? Because if they did, there would be outrage and riots over New Zealand’s use of aerially applied 1080 poison. See for yourself …