On April 2, like a belated April Fool’s joke, the Otago Daily Times reported that NZ’s Department of Conservation (DoC) intended to poison a large chunk of virgin rainforest in Fiordland this month. The government’s COVID-19 lockdown brought a reprieve, with DoC’s services deemed nonessential.

The area concerned, 40,000 ha around Wet Jacket Arm, was to have been aerially spread with poisonous cereal food baits last year but, due to unexpectedly low rat numbers, the operation was officially postponed on October 22.

Ironically, the application to poison describes a rich diversity of species in the area. It is home to rare creatures such as the black billed gull, grey duck, Fiordland skink and “distinctive and important invertebrate fauna”.  As with NZ’s other remaining wild areas, there will also be a great many species yet to be discovered (MFE, 1997).

In the article, DoC ranger Tim Raemaekers claimed that poisoning is necessary to stop stoats eating nearly every kiwi (Fiordland Tokoeka) chick. He described how he – and his team – have been monitoring kiwi nesting.

Each spring they have tracked radio-transmitter-wearing kiwis to their nests, placed cameras and – when the chicks were hatched – attached transmitters to their legs. Year after year, all the chicks (34 in total) have died. According to DoC, stoats were “known or suspected” to be responsible for most of the deaths.

DoC doesn’t seem to know about the studies which suggest that it’s the heavy-handed interventions that actually doom the chicks. As smart parents warn their children, as legislation in the United Kingdom acknowledges, and as scientific studies show (Ellenberg et al., 2015), disturbance of a bird’s nest not only makes the parents likely to abandon but it also attracts predators. As a result of DoC’s meddling, we know nothing about the survival of normal, unmolested, kiwi chicks in the area.

Now, faced with real problems from the COVID-19 crisis, it should be hoped that newly frugal and sensibly sceptical government funders might see through DoC’s hopelessly flawed kiwi chick argument and permanently deem the poisoning 100% nonessential.

There are many other reasons why the poisoning should be shelved forever. The 1080 poison used on the cereal food baits is extremely toxic, fast-spreading and broad spectrum. Lizards, birds and invertebrates are all known to feed on cereal baits. The distribution process itself creates thousands of bait fragments and clouds of toxic dust, exposing even the smallest of creatures to harm (Environmental Risk Management Authority, 2007; Pollard, 2016).

An ERMA reassessment of 1080 poison in 2007 found that, due to inadequate scientific monitoring, effects on most NZ animals are unknown.  Often the effects are novel, for instance 1080 kills cold-blooded animals particularly slowly (up to 3 weeks for blue-tongued lizards and 2 weeks for native cockroaches).  The only native creature extensively monitored by DoC through 1080 drops is the kea, with an average 12% of birds killed per drop.  Plants, fungi and even microbes are poisoned by 1080 (ERMA, 2007).

Native creatures suffer increased impacts from pest mammals as a direct result of DoC’s poisoning. In the wake of aerial 1080 operations, surviving and invading stoats become more likely to eat native birds, mouse numbers usually rise (mice tend to avoid the poison)  and rat numbers often increase within months to much higher levels than before the poisoning (see review by Pollard (2016) for references).

The claim that some of Fiordland’s Eglinton Valley’s birds are prospering due to DoC’s massive aerial 1080 poisoning operations (Minister of Conservation’s media release 11/4/20) is nonsense: poison in bait stations and trapping are used intensively to try to control mammals in the Eglinton Valley so whatever effects the1080 had could not be assessed objectively. Due to dwindling numbers, Mohua have been repeatedly restocked there from other populations (in 2010, 2015 and 2017).

The animal welfare cost of 1080 is massive – poisoned mammals and birds suffer violent muscular spasms and take many hours to die (ERMA, 2007). There is also the financial cost, loss of hunting and wild resources, and loss of opportunity to discover the diversity of unpoisoned Fiordland forests.

DoC has had increasing trouble with rats since it began trying to manage nature, and has relentlessly blamed masting (fruiting/seeding) plants. But the claimed effect of masting on rat numbers is not so robust. Critically, Efford et al. (2006) wrote “we found no overall relationship between rat population change and annual hinau or beech fruitfall.” Efford et al. also observed that when rat numbers rose after stoats were trapped “much of the apparent response to mast seeding, may have been due to very much lower predation rates.”

Many years ago NZ ecologist and stoat specialist Carolyn King wisely defined essential services of conservation: “… there is no doubt that the best chance of protecting the full diversity of wild life is to maintain natural habitats, and this can, must, be done even before we fully comprehend the workings of the irreplaceable relationships between species and their habitats.” (King, 1984). Perhaps a page can turn now and NZ’s ecological heritage can have a permanent reprieve. DoC’s disastrous, naïve attempts at management of introduced mammals can be left behind as the wholly nonessential catastrophe they really are. 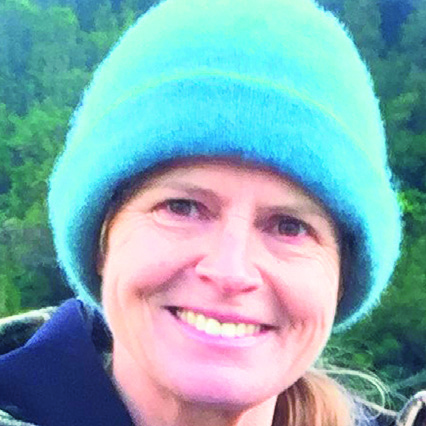 Dr Jo Pollard (BSc (Hons), PhD) is qualified in ecology and animal behaviour and has authored many scientific publications and reviews. She has been reviewing 1080 use since the ERMA reassessment in 2007. In 2018, to support ethical pest control she founded a company which uses farmland pests for pet food.